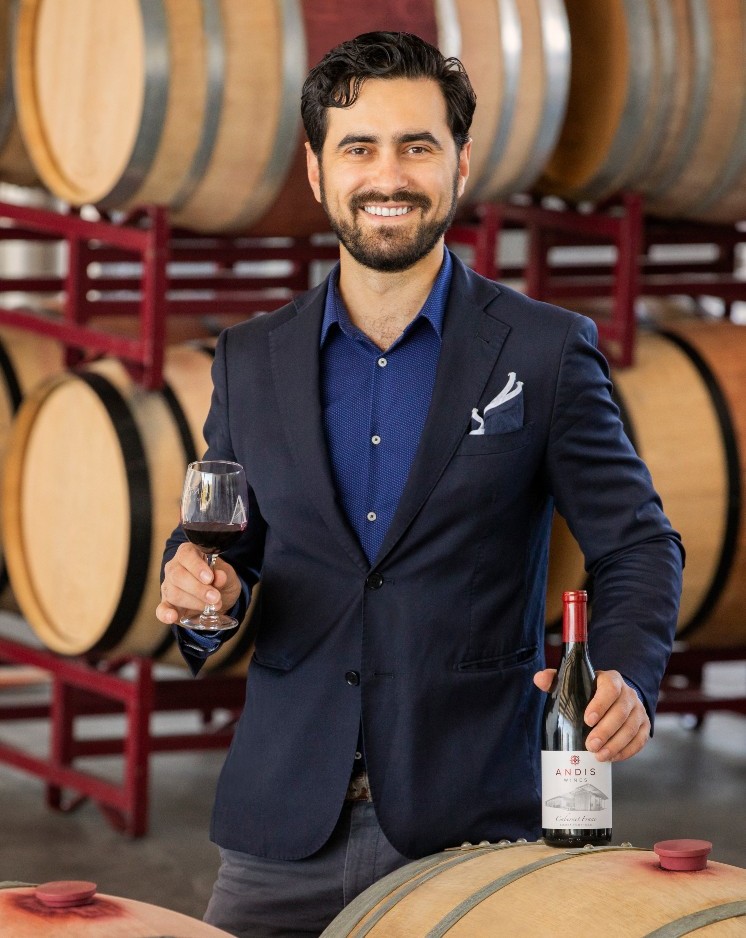 How does one go from a European life of higher education and notoriety to working in the quiet rural wine region of Amador County?

“It was a bottle of Andis Cabernet Franc that got me hooked on this land,” says Lorenzo.

Or perhaps it is also Lorenzo’s inclination to be different. To explore and experiment. Of course, isn’t that how all great stories begin?

Lorenzo grew up in Albania and Italy. After studying Civil Engineering at the Polytechnic University of Milan, a family wish for him, he quickly switched directions due to boredom. His desire to become a farmer did not sit well with his family so he wandered. His travels to the wine region of Tuscany caused him to fall in love with cooking and wine - a realization that wine was not just liquid in a bottle, but a way of life.

After working for famous Florentine restaurants, he met a financier, who agreed to partner with Lorenzo and opened a restaurant in 2011. And once again, Lorenzo’s propensity to push boundaries reared its rebellious head. He called the restaurant, “Brown Sugar Lounge Bar,” the most anti-Italian words all put together.

“I was different and I wanted to do different things.”

His vision to offer a French-inspired restaurant at the center of Florence, one of Italy’s most notorious “insider societies,” eventually landed his endeavor as one of the region’s top ten restaurants.

Then fate took another twist.

Anyone who knows the restaurant business knows you’re married to it. Lorenzo faced a new challenge, because during all this, he did get married. To a Californian. And that’s when another dream came to life. To have enough time for a family that a restaurant could never afford.

“We are forever grateful his wife is from Sacramento, as well as the restaurant that poured Lorenzo a glass of our Cabernet Franc,” says Janis Akuna, founding partner.

Relocating allowed time for him to study Wine Business Management at Sonoma State University, which led to a perfect opportunity for him at Andis.

Lorenzo, who has worked as National Sales Manager since 2014 and quickly became a Partner in 2015, continues to help elevate Andis Wines, which includes retaining wine superstars, Phillipe Melka and Maayan Koschitzy, as consulting winemakers.

“Lorenzo’s tenacity is helping us tell a new story about Amador County during his travels across the U.S. - with each pour and label. Our Painted Fields Curse of Knowledge is his testimony of trying to overcome the bad reputation of Amador wines from years past,” says Janis.

“The only way to break that spell was to make extraordinary wines. Opinions are hard to change in a short time, but it can be done,” says Lorenzo.

But most importantly, Lorenzo has time for his wife and daughter, living his dream to farm a land with soils as diverse as him. All in the name of Andis Wines.

“Great wines taste like they come from somewhere. Lesser wines taste as they could be from anywhere.”