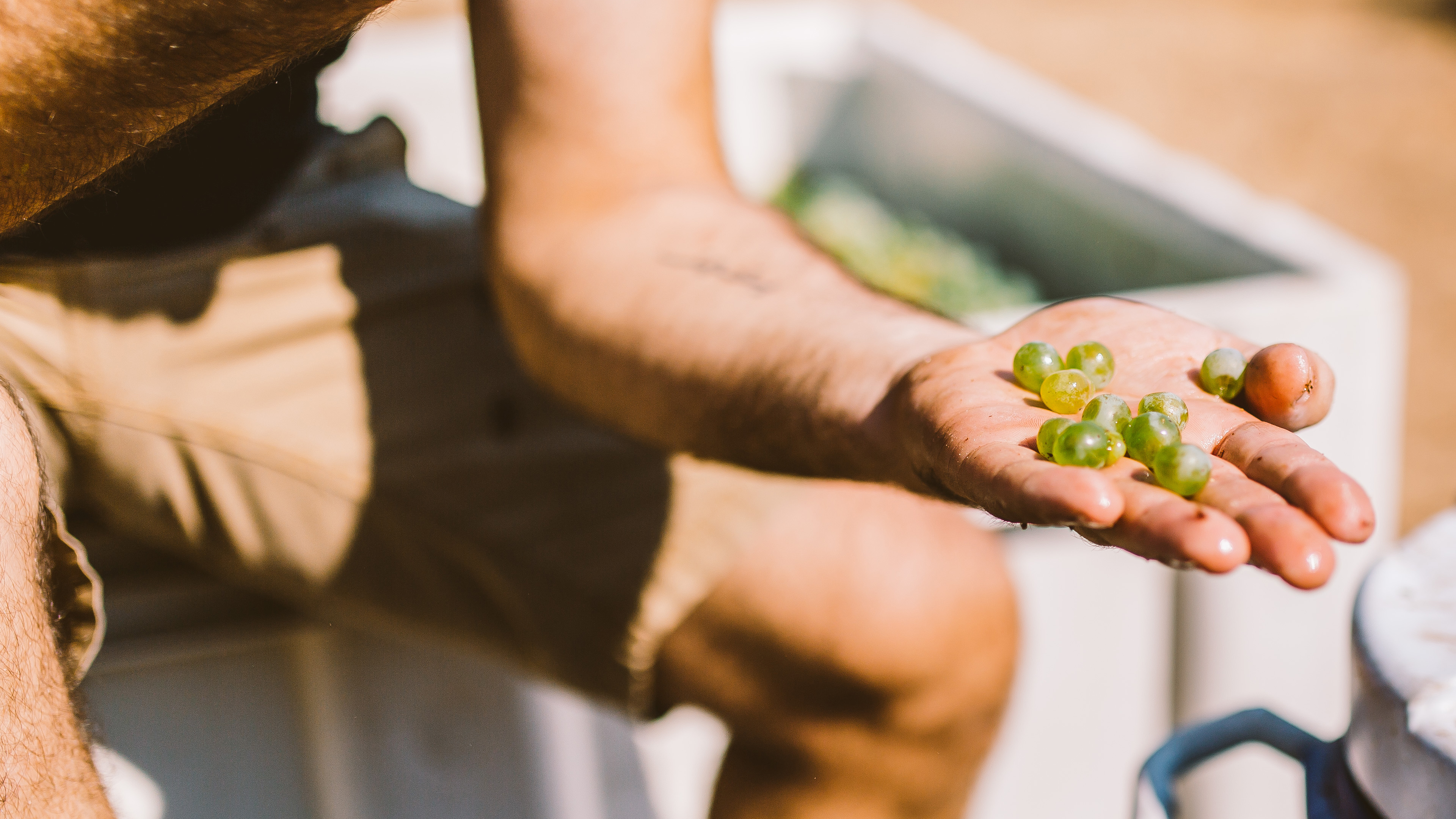 Let’s talk bad news first. Given was the pandemic with new variants and greater contagion. Moving on to Andis Wines, let’s focus on grape farming and wine making. While 2021 started with normal rainfall, it soon became apparent very early in the growing season that we would see drought conditions, which adversely affected the grapes. First, flowering and fruit set was drawn out over several weeks compared to the normal time frame of about a week. Later in July and early August during the time we would see veraison occurring over a week or so, it too was drawn out to several weeks. Grapes and clusters that are normally somewhat uniform were not. Ripe berries were next to unripe berries, mature clusters were next to clusters that barely went through veraison. As a result, maturity monitoring and sampling was difficult, and a lot of extra time was spent in the vineyards. Moreover, there were a couple of significant  heat waves. With the heat and lack of water, crop load was reduced with many vineyards showing a 50% reduction.

The heat and dry conditions had us starting harvest about a week to 10 days earlier than normal, with our first pick of our estate Sauvignon blanc on August 9th. Other varieties started to show early elevated sugar levels giving us major concern. Then there was more bad news. On August 14th, the Caldor fires started and within two days had exploded to over 60,000 acres in the Sierras and Foothills. While we were put on evacuation notice, our vineyards were fortunate to not be affected – no evacuation, and thankfully, no smoke taint. Unfortunately, many of our friends and growers were affected with fire and/or smoke damage to their grapes, and we were unable to harvest several vineyards. To help our 2021 harvest, we ended up buying fruit from several other regions including Clarksburg in the delta, Linden Hills east of Lodi, and the Murphy area. Once we were through the worst of the fire and the heat of late August and early September, temperatures cooled, and our harvest pace, thankfully, slowed down to normal.

So, with drought, fires, heat waves, and a smaller crop load, you are probably wondering where the good news is! Through all of that, we were rewarded with some very beautiful wines. The white wines are bright with great structure and depth. The reds are deep in color and aromatic, rich in character, have complexity and are well structured. Yes, despite the struggles of 2021, the results turned out with an abundance of good news! Cheers!